June 11, 2022 filming day for “THE BIRTH OF LIBERTY” trilogy; “The shot heard ‘round the world:” The Coming of the Revolution, Colonial America to 1776

We filmed the signing of The Fort Gower Resolves, signed November 5, 1774, and The Fincastle Resolutions, signed January 20, 1775, on location at Wilderness Road State Park, southwest Virginia, where there is a spectacular replica of Martin’s Station, a fortified station on what was the Wilderness Road. On hand were numerous living history figures, many of whom have worked with Witnessing History before. Men on the frontier signed these resolutions showing their support for the plight of the Bostonians, whose city was occupied by 2,000 British troops, and whose lives and livelihoods were constrained by numerous punitive measures from Parliament 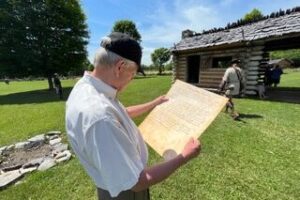 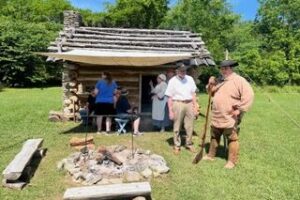 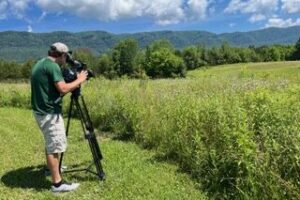 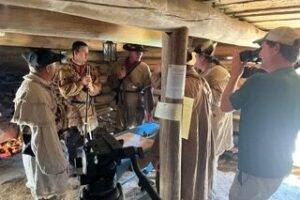 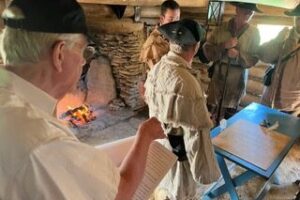 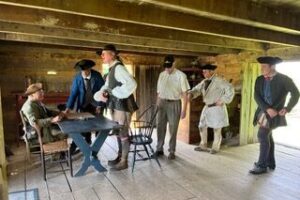 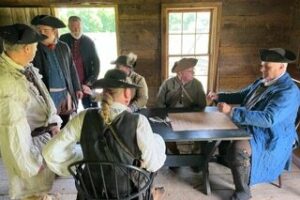 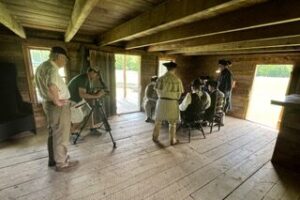 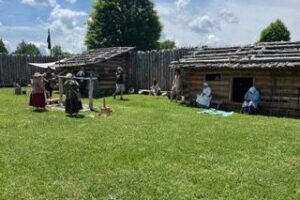 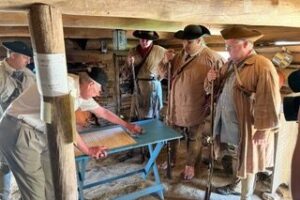 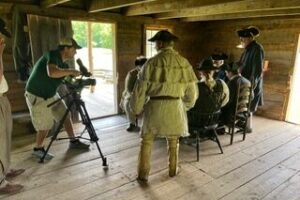