A series of eight documentary films for broadcast on public and cable television and for distribution through other channels planned as part of Phase One. This series includes:

A series of eight documentary films for broadcast on public and cable television and for distribution through other channels planned as part of Phase One. This series includes: 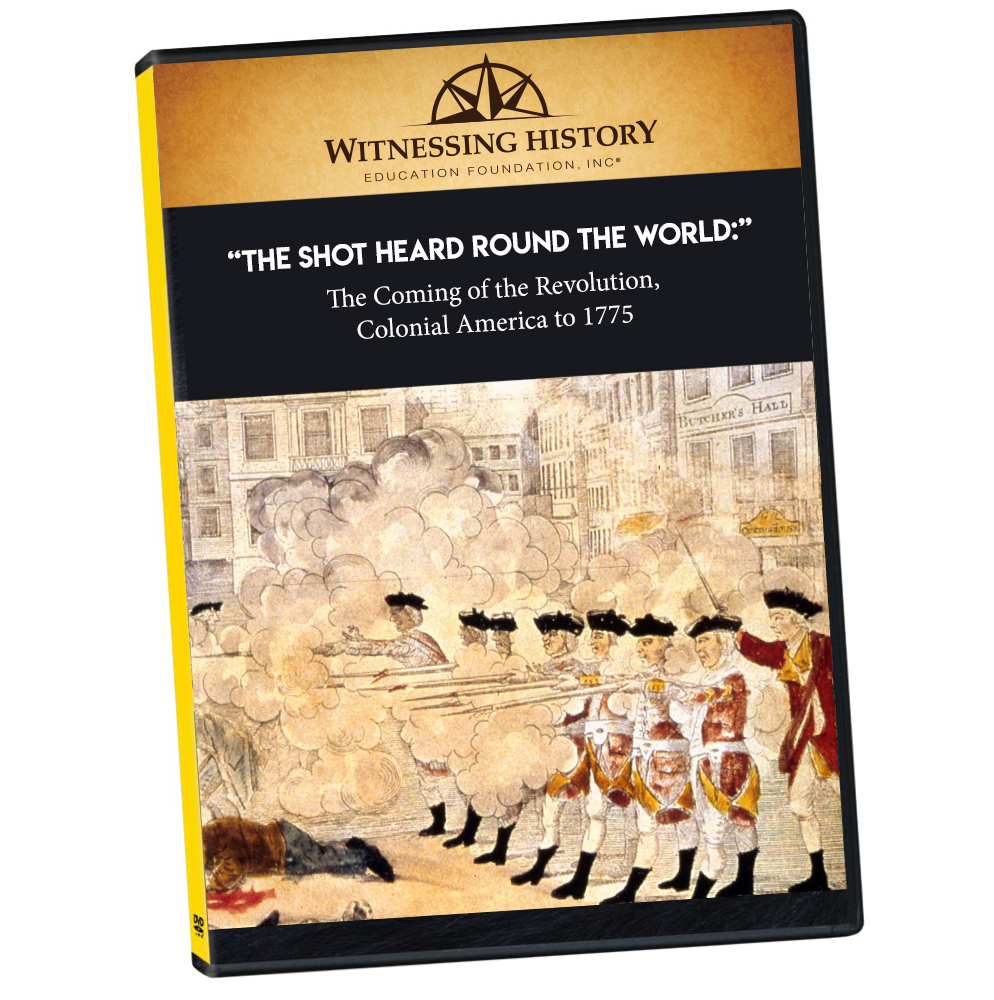 “The shot heard round the world:” The Coming of the Revolution, Colonial America to 1775 (56 min.)

The Boston Massacre, The Boston Tea Party, The Battles at Lexington and Concord

The settlement of the American Colonies by mostly Englishmen, the formation of colonial governments, and the tension that resulted from the economic strain on Great Britain for its prosecution of the Seven Years War with France will be chronicled in this production. It will illustrate how Great Britain’s attempt to make the American colonies pay for its debts, among other issues, brought about the revolt. The production will include a dramatic portrayal of the opening battles at Lexington and Concord, and will follow the disorganized militias from there to Boston, where they were given a commander by the Continental Congress named George Washington. 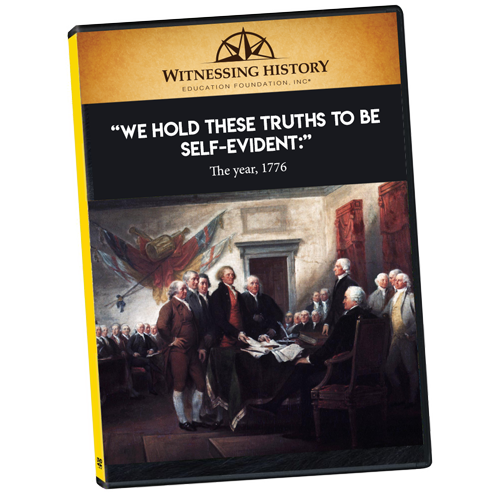 No single year in the pageant of American history is more well-known than 1776, a year fully chronicled by this production. It is the first full year of the Revolutionary War. In that year more than 300 British ships carrying troops dropped anchor in New York harbor, and then came one military defeat after another for the rag-tag Continental Army. With the prospect of total defeat staring the delegates to the Second Continental Congress in the face, they drafted and issued a Declaration of Independence in the summer of that year. It was one of the most bold and dramatic moments in history. Only on Christmas night of 1776, did the Continental Army, under the command of General George Washington, finally gain a victory in the streets of Trenton, New Jersey. The production will conclude with Washington’s victory at Princeton one week later. 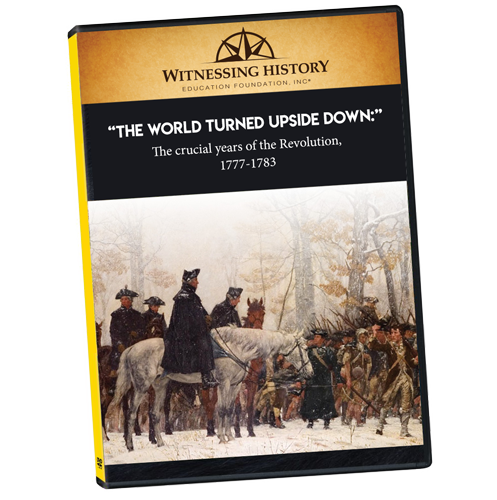 The Battle of Saratoga, Valley Forge, The War in the Carolinas, The Siege of Yorktown

The Revolutionary War continued with all its fury across all the colonies and even into the unsettled west. It will follow a Continental Army in New York, led by General Horatio Gates, that forced the surrender of a British army at Saratoga in October 1777. Chronicled will be General George Washington’s campaign in New Jersey that resulted in a series of defeats near Philadelphia and finally the terrible winter at Valley Forge. It will follow Washington as he struck a British army at Monmouth Courthouse, New Jersey. Reoccupying that colony, Washington’s army then spent the most brutal winter of the war at Morristown. Meanwhile, British forces took Savannah and Charleston and moved inland. Battles at Camden, Cowpens, King’s Mountain, Guilford Courthouse in the Carolinas led to Yorktown where Washington’s army, along with French naval and ground forces, forced the surrender of Lord Cornwallis and his British army in October 1781. A treaty was signed in Paris ending the war in 1783. 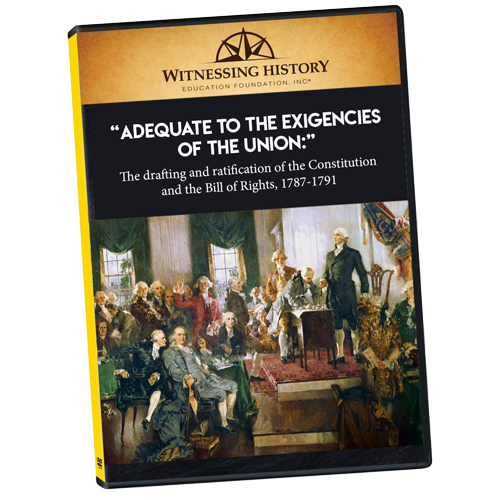 “Adequate to the exigencies of the Union:” The drafting and ratification of the Constitution and the Bill of Rights, 1787-1791 (112 min.)

The Federal Convention, The State Ratifying Conventions, What the Constitution Means 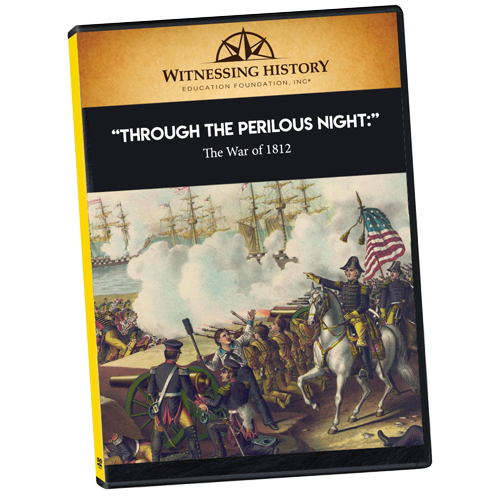 War on the High Seas, The Burning of Washington, The Frontier, Battle of New Orleans

Often regarded as America’s second revolution, the War of 1812 was fought by the fledgling American republic from the Canadian border and the Great Lakes all the way to the Gulf of Mexico, and on the high seas off the South American continent to the coast of Massachusetts. This production will chronicle that story. It was the war that truly established the United States as a legitimate nation in the world. Many of those who fought that war would play significant roles in America’s colorful story for the ensuing thirty years. Like America’s experience in the Revolutionary War, the War of 1812 presented the young nation with the specter of defeat through much of it. The Capitol and White House were burned by British troops. Only some victories on the high seas brought the American people any hope. Finally, a dramatic victory at New Orleans by none other than General Andrew Jackson forever ended British hopes to once again control the North American continent. 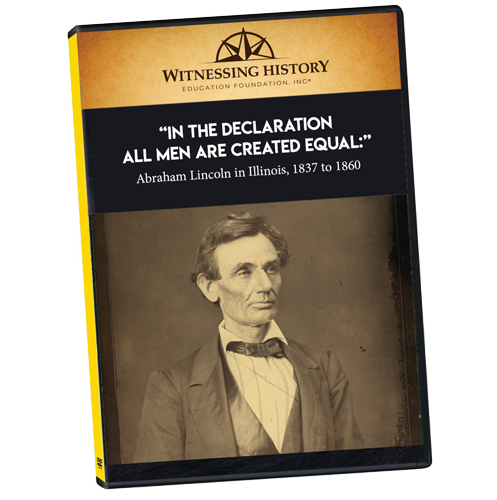 During his thirty years in Illinois, Abraham Lincoln grew from a little-educated, wandering lad to a prominent lawyer, leader of the Illinois Republican Party, and then President of the United States. His years in Illinois leading up to his election to the Presidency represent the quintessential American story, and it will be fully covered in this production. Lincoln’s twenty three years as a lawyer will be chronicled. The viewer will see how Lincoln becomes a dominant figure in the national debate over the expansion of slavery into the new territories and how his speaking skills, learned as a prairie lawyer, brought him to national prominence in a series of debates with his opponent, Stephen A. Douglas, in the 1858 race for the United States Senate in Illinois. Though he lost that race, the production will show how he won the 1860 Republican nomination for the Presidency in May and then the Presidency itself that November. 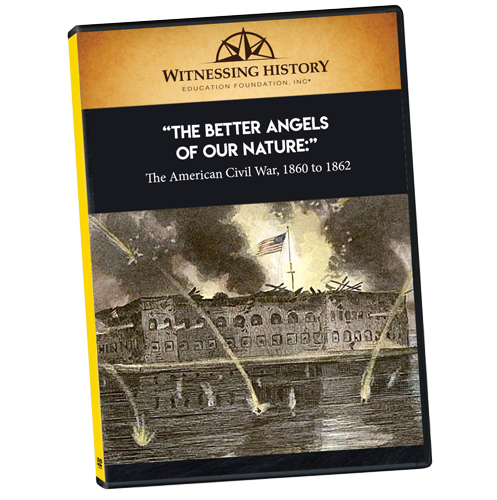 Lincoln the President, Fort Sumter and the Call for Troops, Bull Run to Fredericksburg

What brought about the American Civil War were issues deeply embedded in the history of the nation from its earliest times. Slavery was a flash-point, but there were many other issues that divided the American people and the States. All of those issues will be discussed in detail, as will the events that slowly brought the two contending sections of the nation – the slave States – and the free States – to war. The production will chronicle the secession of the eleven southern States and the creation of the Confederacy. The viewer will see in detail where the war began at Ft. Sumter and then how it spread to Virginia. It soon became an extraordinarily bloody war. The fall of Forts Henry and Donelson, the Battle at Shiloh, the seizing by Union naval forces of Memphis, New Orleans, and Baton Rouge, and the Battles of Bull Run, Antietam, and Fredericksburg will be covered, as will Lincoln’s issuance of the Emancipation Proclamation and its political importance to the prosecution of the war, and to defining what we are as a nation. 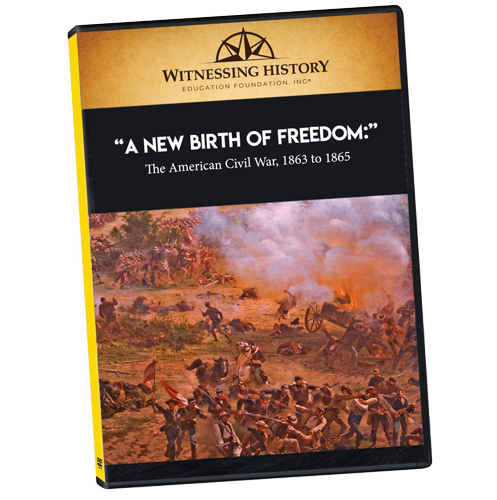 By 1863 the nation was in the midst of a terribly bloody war, the end of which was nowhere in sight. Repeated defeats of Union armies at the Battles of Bull Run and Fredericksburg by a Confederate army led by the incomparable General Robert E. Lee, the year before, were repeated at Chancellorsville in May 1863. Then at Gettysburg in July, the Union Army of the Potomac won its first great victory in the east after the long succession of defeats. At the same time, Union naval and ground forces under General Ulysses S. Grant forced the surrender of Fortress Vicksburg. The production will chronicle President Lincoln and his delivery of his address at Gettysburg in November. That address has since been regarded as the articulation of an American understanding of equality that extended the Declaration of Independence and the Constitution into the modern age. But the war dragged on and the fighting in Virginia, Tennessee, and the Carolinas continued with terrible ferocity; the viewer will see how Confederate armies were being slowly worn down. Finally, at Appomattox Courthouse, Lee surrendered to Grant and the war, for all practical purposes, came to an end. The nation had passed through its most difficult and fiery epoch; it now was on the threshold of a new age of freedom and equality known nowhere else on earth.