We were met in the Old State Capitol at 7:30 A.M. on September 21 by a host of wonderful people from central Illinois, all in period dress, who portrayed the audiences, jurors, spectators, and, in some cases, associates of Lincoln’s. Filming began at 8:00 A.M. in the Chamber of the House Representatives where two of Lincoln’s most noted speeches were filmed with Joe Woodard using the same podium as did Lincoln. Filmed in that chamber too was the famous 1854 State Fair speech of Senator Douglas. The crowd of spectators was marvelous; they applauded the speeches with great enthusiasm. We then filmed a scene of Lincoln giving his famed Cooper Union speech using the Old Senate Chamber. After filming short scenes of Lincoln in the State Library, greeting other members of the Legislature, and even greeting Senator Douglas, the camera crew and sound engineers, along with all the actors and actresses, walked across the street to the U. S. Circuit Courtroom where we filmed scenes of Lincoln arguing cases before Judge Davis, and then scenes in Lincoln’s law office next door. They were all fabulous.

Everyone drove from Springfield to Lincoln’s New Salem State Park near Petersburg, Illinois that afternoon, where we filmed scenes of the Lincoln-Douglas Debates in 1858 in front of a grove of trees. Moving into the restored village of New Salem, we were met by a stable-owner who had been contracted by WHEF to bring four horses coated with colors of the era. We then filmed scenes of Lincoln, Judge Davis, and other lawyers riding the circuit. Lincoln was filmed departing New Salem for the last time on a horse. The scenes are gorgeous.

On September 22 everyone returned to Lincoln’s New Salem State Park where, beginning at 9:00 A.M., we filmed scenes of Lincoln at the debating society, giving his first political speech, serving as a store clerk, serving as a surveyor, and then as a captain of a militia company. Scenes were filmed of Lincoln wrestling Jack Armstrong, courting Ann Rutledge, being tutored by Mentor Graham, studying, and sitting at Ann Rutledge’s death bed. The scenes are fabulous. General scenes of the village were shot from various positions on the ground and, using a drone, from more than 150 feet in the air!

At the end of the day, we filmed scenes of the Sangamon River and some of the great prairies. All of the WHEF camera and sound crews, as well as the director and his assistant, drove back to Lexington, Kentucky. It was a wonderful two days that will never be forgotten. To all the great people in central Illinois who helped make it all possible, WHEF says thank you. Enjoy the gallery of photographs 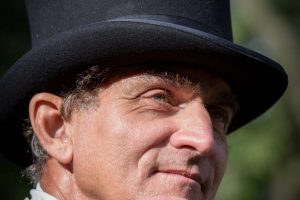 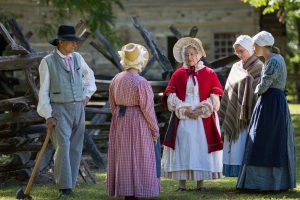 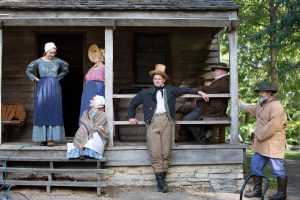 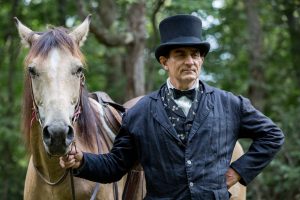 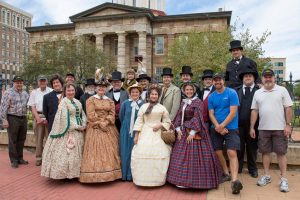 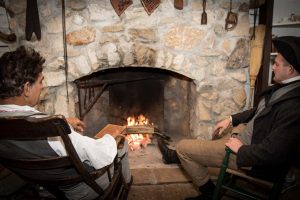 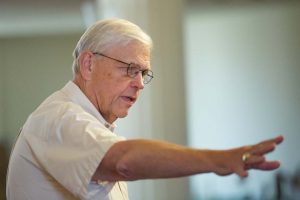 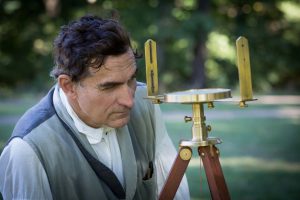 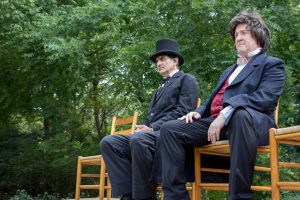 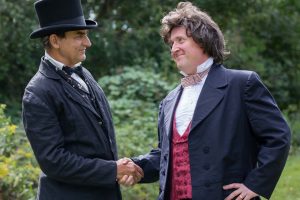 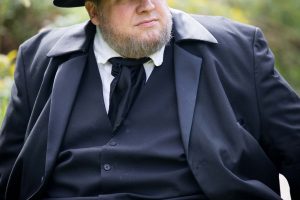 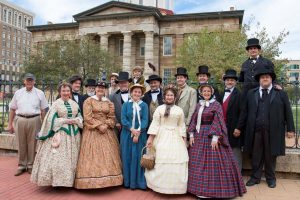 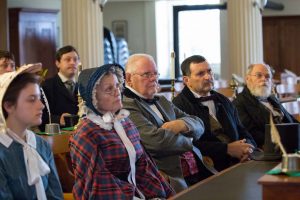