Witnessing History Education Foundation, Inc. (“Witnessing History”), an IRS §501(c)(3) non-profit, award-winning producer of documentary films on American history that are broadcast worldwide, will produce a ninety minute documentary film for public and cable television and streaming channels on the deeply rooted history of hemp production in America, entitled The Seed and Fiber of Wealth. To create a film with the highest quality production values, that will be seen by millions of people in America and abroad, and be nationally and internationally recognized, requires significant resources. The object of the film is to enable millions of people to understand how extraordinarily versatile and beneficial hemp is, and how central it has been, and will be, to the growth and development of our country.

You, Your Family, or Company Can Forever
Be a Part of America’s Hemp History!

This is a historic opportunity to be a part of delivering the world’s foremost videographic account of America’s fascinating journey with, and the many uses of, hemp. To produce The Seed and Fiber of Wealth, Witnessing History must raise approximately $240,000. To participate in this exciting, revolutionary project, choose one of the sponsorship categories below:

Acknowledgements of Sponsorship: All individuals and enterprises who give a gift to Witnessing History for the production of the film in any one of the sponsorship categories will join the leading producers and advocates of hemp in America and will be acknowledged on the credit roll at the conclusion of the film. Platinum sponsors will be acknowledged first, the largest giver in that category at the top, followed by others in the order of their respective sponsorship amounts. Where several give the same amount, they will be arranged on the credit roll so as to honor them by means of the size of lettering and/or their placement with respect to one another on the credit roll. Gold sponsors will follow Platinum, and Silver sponsors will follow the Gold. Gold and Silver sponsors will be arranged in the same manner as Platinum sponsors set forth above, within their respective categories.
While you should seek advice from a tax professional, our understanding is that some sponsorships, particularly at the Platinum level, may well be considered advertising and deductible from taxes as business expenses. Others would be deductible contributions because the Witnessing History Education Foundation is an IRS §501(c)(3) non-profit foundation and all cash contributions thereto are fully tax-deductible. For every contribution, Witnessing History Education Foundation will provide the donors with the necessary form for use in tax preparation.

The films Witnessing History has produced are award-winning and seen by millions of viewers all over America and the world! They are broadcast on Public Broadcasting Services (PBS) network affiliates all across America, as well as cable channels and on numerous streaming channels.

SPONSORSHIP HOW TO GET INVOLVED

Platinum and Gold Sponsorship contributions must be made by check. Contribution checks should be made payable to “Witnessing History Education Foundation, Inc.” and mailed to:

Sponsorship contributions at the Silver Level may be made electronically using the button below or by check.

Witnessing History will provide to each sponsor a written and signed statement, acknowledging the sum given and the sponsor’s inclusion in the credit roll. The sponsor will also receive periodic updates regarding the documentary’s production.

THE HISTORY COVERED BY THE SEED AND FIBER OF WEALTH 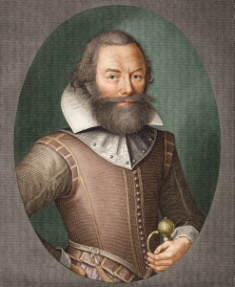 An annual plant of Asian origin, hemp was brought to America by its earliest colonists, those who settled Jamestown in 1607 in what became Virginia, and the Puritan settlers at Plymouth in 1620, in what became Massachusetts. Those early settlers not only brought hemp seeds with them, but the sails, caulking, and rigging of the ships that brought them to America were entirely made of hemp. Indeed, when they arrived in America they found that some of the Indian Tribes were raising hemp, particularly along the Potomac and James Rivers in Virginia. It became known as Indian hemp.

As early as 1619, the Virginia House of Burgesses passed an act requiring all planters in the colony to sow “both English and Indian hemp.” Not only was hemp important for making clothes, rugs, bagging, bedding and oil, its maritime uses made it a critical cash crop for Virginia even as early as 1619. 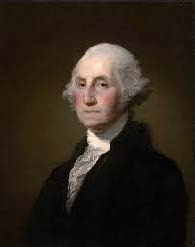 By the mid-1600s, hemp had become an essential part of the economies of New England, Maryland, and Virginia. From hemp fiber, the colonists made rope, cloth, canvas, and paper, and from hemp seeds, they made lamp oil, flour, and chicken feed for their domestic use. The maritime uses of hemp made it a lucrative cash crop. The British Navy and England’s commercial shipping companies all used hemp to make the sails, halyards, and rigging for their ships. Hemp was even used as currency and for payment of taxes.

By the Eighteenth Century, hemp had become a dominant crop in America. Its maritime uses made it necessary for the defense of the colonies during the Revolutionary War, and its use in making clothing was vital. George Washington, Thomas Jefferson, and James Madison not only raised hemp, but they wrote about the importance of the crop, commercially, as well as for the defense of the country. So important was hemp that John Adams, in January 1776, even wrote that the Second Continental Congress must encourage the raising of hemp; he then wrote on the same piece of paper that it must also consider declaring the independence of the colonies from Great Britain. The Congress did both. 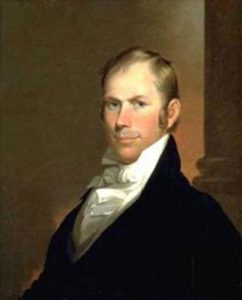 In the Nineteenth Century, Andrew Jackson, Zachary Taylor, Franklin Pierce, and Henry Clay, were large hemp producers. In that century, Kentucky became the nation’s leading producer of hemp. Hemp was brought to Kentucky from Virginia by its earliest pioneer settlers. Like the early colonists before them, the Kentucky pioneers raised hemp in order to use its fibers to make clothes, headgear, paper, rope, blankets, bags, floor coverings, and other articles. Its seeds were used to make lamp oil, densely nutritious butter, and flour, among many other uses. As Kentucky became more settled, hemp became its greatest cash crop. New Orleans became Kentucky’s principal marketplace for hemp as it was for whiskey.

During the War of 1812, the fledgling United States Navy outfitted all its ships with halyards and rigging made largely from Kentucky hemp ropes; the sails, likewise, were mostly made of Kentucky hemp. Illustrative of how much hemp was needed for those ships, the famous USS Constitution used nearly fifty-five tons of hemp fiber for its rigging alone. When the hemp sails were added, the ship used nearly eighty tons of hemp fiber. Much of the hemp used in “Old Ironsides” came from Kentucky.

By the outbreak of the Civil War, Kentucky produced most of the hemp grown in America, although Illinois and Missouri had become large producers of the crop. With the emancipation of slaves at the end of the Civil War, hemp fell into a decline as it was a labor-intensive crop. Looking back with nostalgia, James Lane Allen wrote about the hemp fields in Kentucky in almost poetic terms in his 1900 novel, A Tale of the Kentucky Hemp Fields. 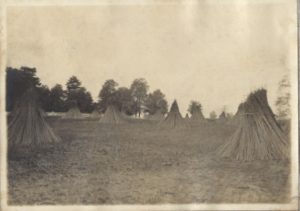 In the Twentieth Century, there was a brief revival of hemp in America. During World War II, the Federal Government encouraged the production of hemp for the war effort and the U.S. Department of Agriculture even produced a film, entitled “Hemp for Victory.” Parachutes, uniforms, knapsacks, belts and packs, as well as elements of mechanized vehicles, were made of hemp. Sadly, that same Federal Government regulated and taxed the growing of hemp out of existence after the war, largely due to inventions, patents, and chemicals that competed with hemp and because of hemp’s similarity in appearance with an intoxicating plant. The Nixon Administration criminalized the cultivation of hemp via the Controlled Substances Act.

The final half hour of the film will be dedicated to an examination of the resurgence of hemp in the present day. From the legalization of raising hemp as an agricultural commodity to the enormous spectrum of uses of the crop in the Twenty-first Century: human and animal nutrition / body care / nutraceuticals / pharmaceuticals; paper; textiles; building materials; biocomposites / plastics; industrial sealants and coatings; energy and fuel; air and space; nanotechnology; and more! All will be explored in the film.

The Seed and Fiber of Wealth will begin with a brief examination of exactly what hemp is, so the viewer understands the plant’s properties and uses, and does not confuse hemp with any other plant. The film will then chronicle the remarkable story of hemp production in America, and will be magnificently illustrated with period portraiture of those notable Americans who raised hemp. It will also use period paintings of early farming scenes and hemp fields. Footage of the settlers at Jamestown, the early pioneers entering Kentucky, as well as their settlements, early Navy ships under sail, and even “Old Ironsides” itself, will be produced for the film, along with footage of vast hemp fields, from planting to harvesting.

Mid Nineteenth Century photography of hemp fields, and those who labored in them, will be used, as well as scenes of the wharves in New Orleans showing enormous amounts of cotton in hemp bagging. World War II footage will be used to cover the uses of hemp in the war effort, as well as the call for farmers to plant it. Finally, a large number of high-resolution images of original documents – letters, diaries, journals, and other writings – will be seen, so the viewer will not only hear what Washington, Jefferson, Adams, Jackson, Clay, and others said about hemp, but will see it in their handwriting. Enactments of the Virginia House of Burgesses and statutes enacted by Congress, where relevant, will be seen on the screen.

The Seed and Fiber of Wealth will be designed to illustrate to millions of viewers the central role of hemp in the history and development of America. It will be written and produced to both inform the viewer about the history of hemp in America, and also to entertain the viewer so he or she enjoys watching the film. The script will be written so that all who watch the film understand all that is discussed. It will take approximately ten to twelve months to produce the film.

* The production is expected to take approximately twelve months to complete.