CAROLINE ELIZABETH WINDER MCGAVOCK: HEROINE OF THE BATTLE OF FRANKLIN 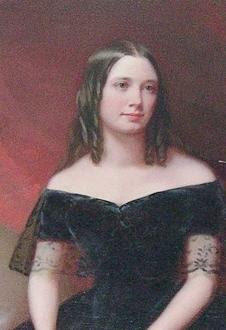 Franklin, just south of Nashville, is a beautiful Tennessee town.  On November 30, 1864, during the Nashville campaign in the American Civil War, the people and the land were impacted forever by a ferocious battle. Some say the attacking Confederate forces were larger in number than those involved Pickett’s Charge at Gettysburg. A heroine who emerged from the battle was a most unlikely one:  a young woman born in 1829 in Natchez, Mississippi, raised in New Orleans, Louisiana, named Caroline Winder.  She married her cousin, John McGavock, in 1848, the son of the mayor of Nashville, Tennessee, Randal McGavock, a friend of President Andrew Jackson.  John and Caroline McGavock had a number of children and the plantation named Carnton was their home.

Visiting Carnton Plantation in Franklin, Tennessee, is an incredibly moving experience.  Unchosen, unsought, and just by accident caught in the middle of vicious fighting, the gracious Southern plantation family home of the McGavocks became a field hospital filled with wounded and dead soldiers.

A staff officer wrote that “the wounded, in hundreds, were brought to [the house] during the battle, and all the night after. And when the noble old house could hold no more, the yard was appropriated until the wounded and dead filled that….”  About 300 wounded and dead soldiers filled the home. The bloody battle ended with the death of five Confederate generals, four of whose bodies were laid out on the porch, where bloodstains still today remain. Gen. Patrick Cleburne, Gen. States Rights Gist, Gen. Hiram B. Granbury, Gen. John Adams, and Gen. Otho F. Strahl, all perished in the fighting.

A strange irony is linked to the name “Carnton.”  The word “cairn” refers to the pile of stones built as a memorial or landmark, or one marking a grave.  Today, over 1,500 Confederate soldiers who fell at the Battle of Franklin, all in the environs of Franklin, are buried there, thanks to the efforts of Caroline McGavock.  She identified the dead, moved them from her home, collected bodies from the battlefield, buried all of them in land set aside at Carnton, and marked the graves. She then maintained the cemetery and its records for the rest of her life.

The Battle of Franklin Trust, https://boft.org, beautifully maintains the battle sites in Franklin, and in addition to Carnton, maintains the Carter House, the site of more battle action in Franklin.

Caroline McGavock’s life has been dramatized in Robert Hicks’s novel, The Widow of The South.

**If you use the Amazon Smile program, and select Witnessing History Education Foundation, WHEF will receive a portion of the proceeds of your purchase!  Thanking you in advance.**

If you visit, we also recommend visiting nearby Travellers’ Rest, the 1799 John Overton Home. Plan to stay at least one night and explore this picturesque Southern town.

WHEF is postponing the “Bragg’s Invasion of Kentucky, 1862” tour, possibly until April 2022.